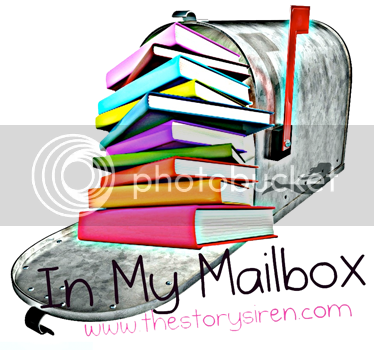 In My Mailbox is a weekly meme hosted by Kristi over at The Story Siren. Let us know what books you've bought, borrowed or received for review! 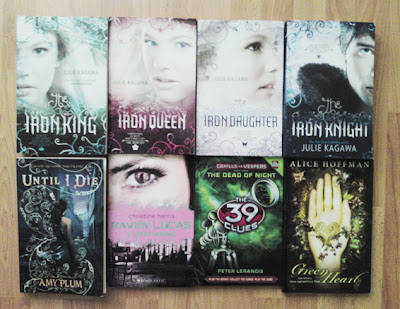 Iron Fey series by Julie Kagawa
Umm…finally? I know I've been living under a rock and am one of the few people who have not read this series..but better late than never! And what luck that these came after I fell in love with The Immortal Rules :) Very excited for more Julie - she's brilliant!
Until I Die by Amy Plum
I've only got a small section of this book to go but I'm really enjoying it so far! Love the Revenant world and I'm looking forward to the turning point of the novel! Ready to see some more badass fighting ;)

Raven Lucas: Dead Wrong by Christine Harris
So I actually read the first book of this series not too long ago and really enjoyed it so I'm looking forward to this! :D Nice to have a fun mystery that doesn't make your brain explode every once in a while ;)

The Dead of Night by Gordon Korman
This is the third book of the series and I'm feeling a little bad that I haven't read them yet LOL. For good reason since they are MG but I WILL get to them when I can. *giggles* Playing cards are fun? Haha, I love interactive stuff. I think it's interesting that a different author writes each book too! This is a spin-off series so if I enjoy it I'll have to look up the originals...

Green Heart by Alice Hoffman
This one sounds interesting - it's the first and second book put together. Green loses her entire family in a disaster and has to find herself… (there's magic!) Not sure if I'll be reading this before November though.
Thanks to Hachette, Harlequin and Scholastic for the review copies!
What's in your mailbox?
Posted by Lisa at 10:53 AM