Welcome to the second day of the Love Triangle Debates! Brodie and I posted up 6 debates earlier this week. Check them all out here and see the last few debates to come!


The Hunger Games... 95% of you have probably read this series and loved it! Peeta? Gale? Baker? Hunter? Who do you prefer? I personally favour the blonde and can't wait to meet him in March ;) All that pretty on the big screen? *swoons* Fingers crossed the movie is as amazing as we think it'll be, right?
After you've read through these two arguments, cast your vote for either Peeta or Gale in the poll at the bottom of this post! Did the way the series satisfy you? Or were you devastated your guy didn't win? Vote and defend in the comments to earn entries for the giveaway! 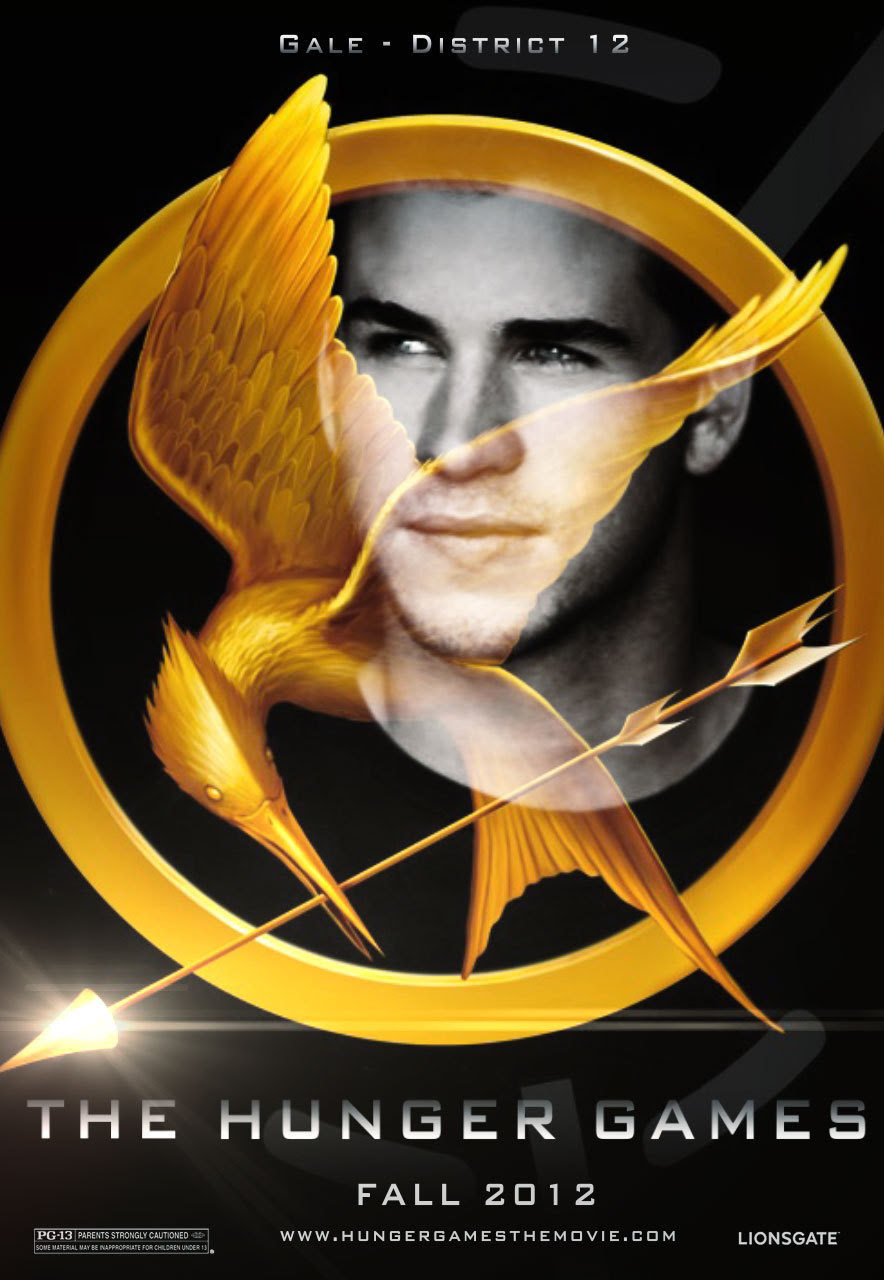 He's the Seam boy with black hair, olive skin, and grey eyes. He hunts, he makes snares, oh, and I forgot to mention... he's hot.

Gale will make you melt. If he had a melting point, it'd probably be around 20 trillion degrees. Why? Read on.

As I said before, he's hot.

"Gale won't have any trouble finding a wife. He's good-looking, he's strong enough to handle the work in the mines, and he can hunt. You can tell by the way girls whisper about him when he walks by in school that they want him." -- Katniss (THG p.10)

Katniss once called Gale "a rebel since birth." Gale doesn't approve of the Capitol and he makes his views clear. He designed bombs and traps and other weapons when he's in District 13, and he never hesitated to go on dangerous missions. He's a rebel, and bad boys sure have their appeal (especially if they're good-looking).

He loves his family.

There are plenty of hot guys who don't care about their family. But Gale obviously loves his three younger siblings and his mother.

"Gale, who is eighteen and has been either helping or single-handedly feeding a family of five for seven years, will have his name in forty-two times." -- Katniss (THG p13)

That just adds to the "aw"-factor, no?

He's a pro at making snares and trapping animals. He can also use a bow and arrow (like Katniss!). In District 13, Gale designed bombs and various other weaponry, some of which were pretty brutal.

Okay, so here's the main thing: why should Katniss choose Gale over Peeta?

Katniss and Gale have a history. They've hunted together, they've taught each other new skills, and they're a constant support for one another. They know each other really well and they work in perfect synchrony as a team. As a couple, they'd know exactly what the other was thinking.

They're the real star-crossed lovers.

Although Katniss and Peeta are the ones advertised as "star-crossed lovers" in their first Hunger Games, Katniss and Gale are the true star-crossed pair. Katniss is forced to get engaged to Peeta, and Gale is threatened because he kissed Katniss in the forest. Katniss has to keep up appearances of being hopelessly in love with Peeta, so Gale and Katniss' relationship never got the chance to develop.

Peeta isn't exactly useless, but he's still a baker's son and he never grew up in the Seam. If Peeta and Katniss were in a brawl as a tag team, Katniss would probably be the one defending Peeta. On the other hand, if it were Gale, he'd fight with her and with their combined skills and their years of cooperating together, they'd probably win.

TEAM PEETA
Represented by: Kadbury from Young Readers At Home
Why does he make us melt? 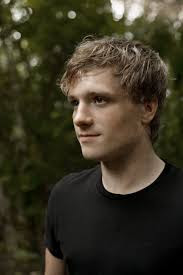 “Remember, we're madly in love, so it's all right to kiss me any time you feel like it.”
~Peeta
Oh god this is going to take a LONG  time.....
Peeta is just AMAZING!
I mean what's there not to like?
Sweet - check
Swoon worthy - check
Cares for others - check
Passionate - check
A way with words - check
So much better than those "bad boys" who treat a girl badly - check
Not afraid to tell her Katniss he feels - check
Charming -check
When Katniss barely knew he existed, he gave her a loaf of bread when she was starving even though he knew he'd  get beaten up for it! He's so selfless. It just breaks my heart sometimes (and then I start plotting ways in which I can make Katniss suffer!), especially how he doesn't care who Katniss ends with as long as she's happy.
He also has a great sense of humor! (It's more towards the sarcastic side...)

“Yes, and I’m sure the arena will be full of bags of flour for me to chuck at people.” ~Peeta

“It's lovely. If only you could frost someone to death."
"Don't be so superior. You can never tell what you will find in the arena. Say it's a gigantic cake-”  ~ Peeta

He looks at the bigger picture...

“Why not? It's true. My best hope is to not disgrace myself and..." He hesitates. And what?" I say. I don't know how to say it exactly. Only... I want to die as myself. Does that make any sense?" he asks. I shake my head. How could he die as anyone but himself? "I don't want them to change me in there. Turn me into some kind of monster that I'm not."


He's also quite clever ...He planned a lot of stuff that probably saved their lives... like the "star crossed lovers" angle which made Katniss desirable and made a lot of people sympathetic towards them....

“I'm coming back into focus when Caesar asks him if he has a girlfriend back home. Peeta hesitates, then gives an unconvincing shake of his head. Handsome lad like you. There must be some special girl. Come on, what’s her name?" says Caesar. Peeta sighs. "Well, there is this one girl. I’ve had a crush on her ever since I can remember. But I’m pretty sure she didn’t know I was alive until the reaping." Sounds of sympathy from the crowd. Unrequited love they can relate to. She have another fellow?" asks Caesar. I don’t know, but a lot of boys like her," says Peeta. So, here’s what you do. You win, you go home. She can’t turn you down then, eh?" says Caesar encouraging-ly. I don’t think it’s going to work out. Winning...won’t help in my case," says Peeta. Why ever not?" says Caesar, mystified. Peeta blushes beet red and stammers out. "Because...because...she came here with me.”

He's also HOT! He has gorgeous blond hair and is pretty well built!
Why's he perfect for the girl?

Let's admit it. Gale is quite similar to Katniss and they're both survivors but Katniss needs someone who's not like her! She needs a person who has a different outlook of the world and someone who can take a look at the bigger picture!
Also Gale just isn't as sweet,charming or self sacrificing as Peeta! He has a temper and he's just...........NOT Peeta!
Peeta  IS WILLING to die for her! Plus,he's saved her life  and has always been there for her throughout the traumatic Hunger Games!
Peeta also brings out the soft side of Katniss......he watches out for her.He might not be strong physically but he's strong mentally!
Peeta says….. (some of my favorite quotes!)
“You have a... remarkable memory."
"I remember everything about you. You're the one who wasn't paying attention.”
“My nightmares are usually about losing you. I'm okay once I realize you're here.”
...I don't want you forgetting how different our circumstaces are. If you die, and I live, there's no life for me at all back in District Twelve. You're my whole life." Peeta says. "I would never be happy again. It's different for you. I'm not saying it wouldn't be hard. But there are other people who'd make your life worth living."
“Katniss?" Peeta says. I meet his eyes, knowing my face must be some shade of green. He mouths the words. "How about that kiss?”

“She has no idea. The effect she can have.”

You have to admit that this guy has a way with words! You just have to!

And I couldn't resist...So watch this one more time!

So, who wins your vote?! Did one argument reaffirm your beliefs? Did you jump over to the other side? Ooooh... I must say, I'm very interested in seeing how the movie deals with the romance. Will it be the same or will they make tweaks? Eek!

VOTER GIVEAWAY FORM
Have you read Fallen? Maybe you're just interested to see Daniel and Cam fight? Head on over to Brodie's blog to see the debate! In a few hours, come back to choose a love triangle winner for the boys in the Iron Fey and Half Blood books!
Posted by Lisa at 2:00 PM