*fangirl* Isn't this an amazing pairing? The age-old debate? The perfect Edward? The abusive stalker? The sweet best friend? The annoying dog who can't get a hint? *gleeful* I'm ecstatic that we have two brilliant writers defending both guys today. Better grab the bib for any drooling. And stay away from water while reading. These are HILARIOUS.

Four debates have been posted today (Nightshade, Personal Demons, Unearthly and Matched) - check out the full schedule with links HERE. Fan of Cassandra Clare's Infernal Devices series? Well, Jem vs. Will is on right now! So get your butts over to Brodie's blog STAT!

Let us know where you stand with these two and vote in the poll at the bottom of this post! Did Bella make the right choice *nods profusely* in staying with Edward? Or should Twilight have ended differently....? Vote and defend in the comments to earn entries for the giveaway! 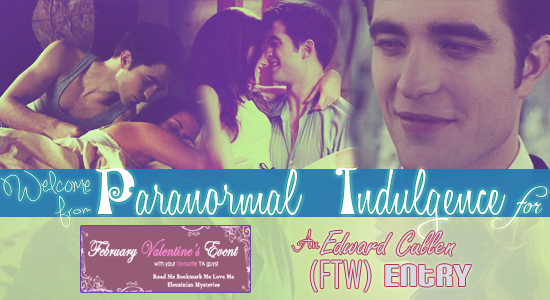 Hey! A Love Triangle Debate is about to commence (why do I feel as if I'm bracing for a turf war a la West Side Story?), but FIRST, le rules:


A warning:  I'm not gonna lie, readers, things may get spoilery around here and I'd hate for any of you on the brink of reading the series to be here when that happens. You might get hurt.

And a note: Some of the quotes that you'll find on this post came from here or directly from the books. Images came from everywhere on Google and some of them have specific sources on them. Some of them were edited for your benefit and because I felt like it. :)

Finally, a quick OVERLY ENTHUSIASTIC SHOUT OUT message to Brodie, because I heart her something fierce, and Lisa, because I dig her blog! You guys are made of Koolaid and pretty things, and I'm so happy to be participating in this Feb. Event of Awesomeness and Hot Boys and Other Related Stuff! Over and out


Who is Edward Cullen? 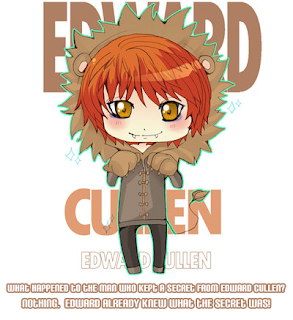 Turned: 1918 (during the Spanish Influenza)

Eye Color: + green means you saw him when he was human (how you did that???)

+ gold means he's not hungry for your blood

Special Abilities: + He knows when you're thinking about sex or your cat (Exception: Bella Swan, and you know he isn't lying because he would be SHOCKED to learn what's in that girl's mind.)

+ He speed walks really, really, really fast and if you stand here and he stands way over there, he still knows what you smell like O_O

+ He has night vision goggles in his eyeballs

+ Whatever you do, do not engage him in a Hold Your Breath contest--you will die.

Special Talent(s): He is musical.

Other Things That Are Cool About Him:  +He is traditional in mindset

+ You collect bottle caps and he collects cars


Why did I choose to represent Edward Cullen, you ask? Here are the facts. The Pros, dudes. 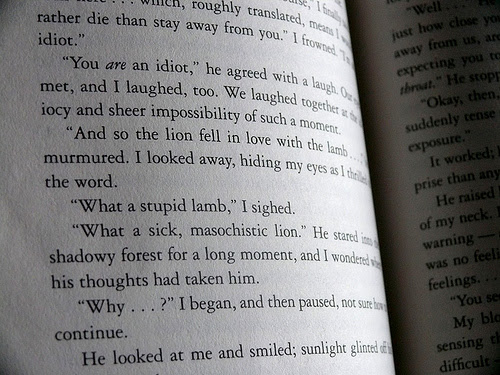 Because EWWW... that would be gross. And we all know it.

And you don't have to worry that'll he'll be frozen in boyish immaturity, because that doesn't apply when the guy passes the 100 year mark.

Unlike a CERTAIN SOMEONE who's shoes always mysteriously break after going all wolfie. Clean rugs all-around. YAY.

So after Carlisle helped him grow fangs, Edward kind of snapped. Just a little bit. And he went out and stalked murderers and other baddies and killed them. Isn't that great? He's like a one-man police force. Er, vamp force? (Yup. I went there.) 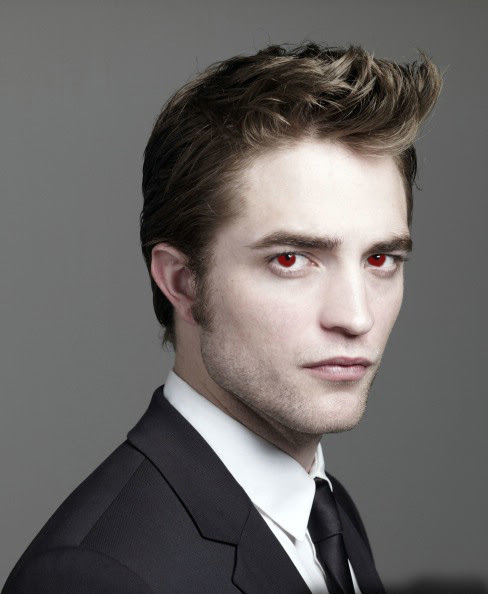 8. Edward Cullen should be on an ad like the one with that guy and that girl and they're not having sex. 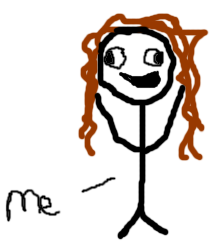 To match his dazzling innards :)

Why Bella Swan Was Right to Change Her Name to Mrs. Bella Cullen

"Before you, Bella, my life was like a moonless night. very dark, but there were stars- points of light and reason... And then you shot across my sky like a meteor. Suddently everything was on fire; there was brilliancy, there was beauty. when you were gone, when the meteor had fallen over the horizon, everythign went black. Nothing had changed, but my eyes were blinded by the light. I couldn't see the stars anymore. And there was no more reason for anything."

+ treats her as his partner, not someone to order around (cos he knows what the result would be (see: New Moon))

+ has a true alpha attitude

It's almost as if it's what he wants, what he says, or Bella has to take the high road so to speak. Sounds like the makings of an abusive marriage to me... Just saying.

So what do YOU think? Is Mr. Cullen the perfect match for Bella?
Where does that leave Jake? EDWARD FTW.
- Asher

TEAM JACOB
Represented by: Erin from Tales of the Inner Book Fanatic 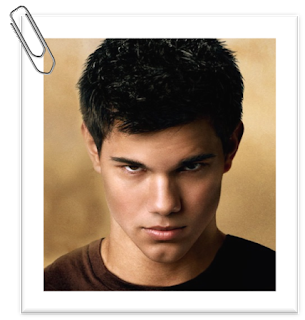 "I'm not saying you don't love him. I'm not stupid. But it's possible to love more than one person at a time. I've seen it in action."

It's been a few years since the Twilight Saga had ended with Breaking Dawn, and I'm sure most of you would know whom Bella chooses. But that still doesn't mean the fight is over. Edward may have swoon hearts worldwide with his so-called 'charm' of preying upon girl's bedrooms for God-knows-what-reason, however Mr. Jacob "Delicious" Black will always and STILL be 'the Man'.

Bella is only portrayed as a weakling because of Edward's claimed perfection and for those who prefer Edward, before you leave just hear me out with the 13 Reasons Why Jacob Black is Better than Edward 'freaky-flying' Cullen.

1. Jacob is alive. Edward is dead. Point +1 to Jacob. Nil to Edward. This reason is the highest one to consider.

2. Jacob knows he isn't perfect whereas Edward is just too perfect. Why would Bella or any other girl in their right mind want a boyfriend who is too smart, too good-looking, and too-mistake-free? I don't know about you but I find his perfection absolutely boring. Fangals why have a boyfriend who would outshine each and every time with just about everything? Self-esteem downer, anyone?

3. Jacob has a motorcycle. Edward has a Volvo. I'm sorry but going out with a guy who owns a Volvo is like saying your dating a soccer mum twice your senior or hell even your grandpa. Ew. Jacob on the other hand built his motorcycle with his bare hands and he knows how to fix things! When you ever break down, just call on Jacob and he'll know what to do. Edward of course would have no idea how to fix your car and he would ask his vampire-daddy to buy him a new car. Please! So unimaginative!

4. Jacob would never abandon you - or anyone for that matter. Edward would just leave you in the woods where bears would be. Couldn't he have walked her home at least?

5. Jacob is the life of the party! He's fun to be around with. Seriously, when has Edward ever made Bella laugh? Yeah that's right . . . never. Having a boyfriend with no humour just about confirms that Edward is dead and there would be problems at the end of the road.

6. Dating Jacob means keeping your mortal soul. If you like this reason, this means you are one of those rare fangals who finally realizes that love is precious and it's not worth selling your soul over to some sparkling stranger.

7. Jacob has a badass wolf pack - meaning while you're dating him, your lonely friends have buddies to hook up with too! Win win, anyone?

8. Jacob is two years younger than you (meaning he's suitable). Edward is . . . well your family would rather you date Hugh Hefner than him. I mean, c'mon Edward . . . robbing the cradle much?

9. If you ever get into a heated argument, Jacob would apologize in a day for making you miserable and all those tears would be forgotten. Edward would only sulk and apologize in about a year . . . yeah I'm sure that would go well for the ladies. We love seeing a guy apologize for their mistakes. Makes us look better. hehe.

10. You can be yourself around Jacob despite your faults of having blood running through your system. Edward on the otherhand, you don't have to watch out for only him . . . rather look out for his whole family. You're only vampires after all. Pfft.

11. Jacob always finds an excuse to get semi-naked. C'mon you would love it and I mean if Edward got semi-naked too you would be sick of the sparkles and end up blind and saying lines like, "Been there", "Seen that", "Boring."

12. Jacob is warm (the obvious reason) whereas Edward is a block of hard ice. I'm sorry but that's what my air-conditioner is for.

13. Jacob might have strange hairy friends coming over to your place but being with Jacob means doing things couples do (wink wink) in the privacy of your own home without having the thought of, "If we end up kissing and all that, can you please promise me not to try and kill me? Okay?" Well, you know it's true. 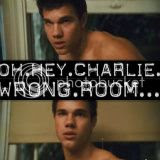 So readers, do you really want a boyfriend who is cold like all the time, leaves you unprotected, and has those regular illicit thoughts about killing you? Well then, think no more and be sure to support Team Jacob Black! Let's make sure he beats that silly makeup-wearing vampire whom we know isn't THE MAN nor deserves to be your Valentine! 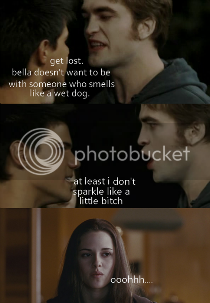 Did we have fun reading those amazing posts?! I'm 100% Team Edward but I don't know how to vote... Such great points from both sides ;)