Most people have read Unearthly by Cynthia Hand, and while the majority seem to be Team Tucker, there's a great deal who are a fan of the beautiful Christian! Now, I must declare that I'm Team Switzerland. I truly have no preference because they're both so loveable, and I'm dreading the ending because one guy will end up without the girl!

If you haven't checked out Ky vs. Xander or Shay vs. Ren, do so now! Things are heating up over at Brodie's blog.... Personal Demons, anyone? I'm telling you - it's a great debate over there. I haven't read the series yet but... *drools* Things are looking good. A full schedule of debates (with links!) can be found HERE.
Again, cast your vote for either Tucker or Christian in the poll at the bottom of this post! Will Clara make the right decision and choose your guy?! Vote and defend in the comments to earn entries for the giveaway!

TEAM CHRISTIAN
Represented by: Shellie from Creative Reads
Christian Prescott is the dark haired  green eyed guy that we all want. Not only is he the hottie, he has the confidence and swagger in his steps that us girls swoon over, and the  ability to make a smile creep up without even knowing it with his subtle  jokes. Clara, in her own words, said "Hot is really not an adequate enough word for this guy. He is crazy beautiful." Christian is her purpose and she's drawn to him. She may try to fight it but, they are meant to be with together. 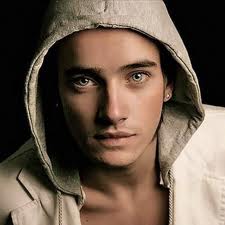 They have been through a lot and destiny or not, Christian was the one there for her in her darkest hours making sure  that she was really okay.  He  gives her comfort, he gives her space when she needs it but is still  there just in case she needs him right beside her. In his own words, "I told you I’d be here. You can ignore me though. Whatever you want.” They  finish each others sentences, not to mention that they can speak  directly to each other's minds (I so want to be able to do that with the  hottie of my dreams!!!) I know that Tucker has grown on our hearts but  you have to keep in mind that he isn't the same as Clara. He doesn't  understand exactly how and what she feels the way that Christian can,  and does. Christian and Clara were each other's purposes at one point -  they are destined to be together. 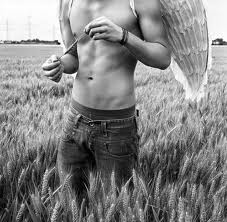 The connection that Clara has with Christian is  very strong, unbreakable, and together they make an excellent team. They  complete each other. Christian will always be able to make her smile  and laugh, even when the world around her is changing too fast. He will protect her to the ends of the world and, above all, he will always be there as a friend. No one will know her better than Christian! 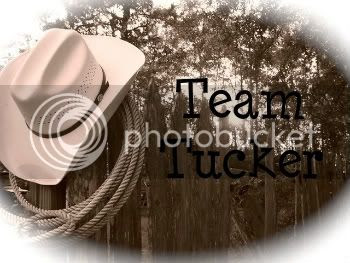 Tucker: "Today we ran into a mama grizzly with two cubs at the ridge off Colter Bay and Clara sang to it to make it go away."
Mrs. Avery: "You sang to it?"
Tucker: "Her singing is that bad.”
Why do we love Tucker? Honestly, what's not to love? Tucker is a very sweet, caring guy with a bit of a humorous side to him. Some of the things that come out of his mouth are truly belly laughing hilarious! He honestly cares for Clara and it shows. Clara thought that she liked Christian, but once she got to know Tucker, Christian just became a hindsight.
“Tucker," I say. "I'm so glad you're still here."
I throw myself into his arms. He hugs me tightly.
"I couldn't leave," he says.
"I know."
"I mean, literally. I don't have a ride.” 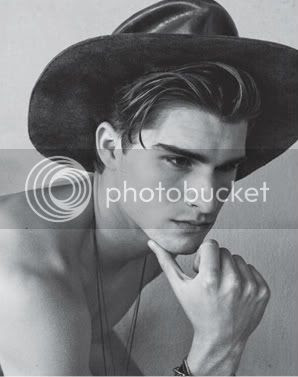 Tucker is a sexy cowboy and lives on the farm. You know what that means ladies....hard, wash board abs, strong biceps. He is also tall and described as very handsome! Can I say swooooon? Tucker is very protective of the ones that he loves and would stop at nothing to keep them safe. Add that to the already long list of swoonworthy characteristics and you've got yourself the perfect book boyfriend!
“Fine.” He smirks at me. “Nice to meet you, Carrots,” he says, looking directly at my hair. “Oh, I mean Clara.”
My face flames.
“Same to you, Rusty,” I shoot back, but he’s already striding away.”
When Clara first met Tucker, she despised him. All he wanted to do was torment her. He looked at her as a spoiled brat. Before long, Clara started to take notice to him. The way he looked and the things that he said. I believe that he fell for her first, he just had a funny way of showing it. But once the sparks started flying, there was no going back. They were madly and passionately in love! Aaawww!
“Hey, Carrots," he says.”
Need I say more? I believe that Tucker is the epitome of awesomeness! I have used model Luke Armitage to prove it. Wouldn't he make a great Tucker? Hubba hubba! 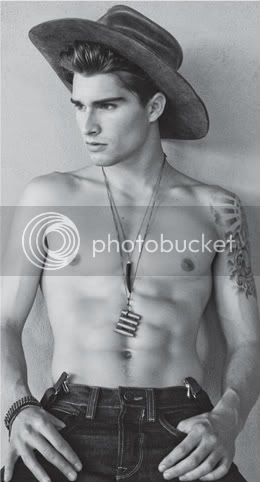 Whew! Look at those abs, indeed. Tucker may have the whole sexy black and white thing going on but doesn't Christian sound fantastic right about now? And how about that picture with the wings?! Oh, I just died a little... *scrolls back up to stare* Gorgeous. Where can I get myself one of those? Guh. I won't even comment LOL. *zips lips*

VOTER GIVEAWAY FORM
So watch Luc and Gabriel battle it out on Brodie's blog, and then come back in a few hours! It's a big one, guys. Team Edward vs. Team Jacob. I've read all of these debates...this may be my favourite. And NO, not because of the beautiful Rpattz pictures. Or the hilarious Edward bashing. =| Trust me, you'll want to stay tuned. *nods*
Posted by Lisa at 2:00 PM