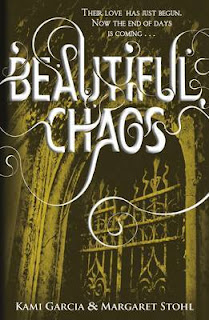 Ethan Wate thought he was getting used to the strange, impossible events happening in Gatlin, his small Southern town. But now that Ethan and Lena have returned home, strange and impossible have taken on new meanings. Swarms of locusts, record-breaking heat, and devastating storms ravage Gatlin as Ethan and Lena struggle to understand the impact of Lena's Claiming. Even Lena's family of powerful Supernaturals is affected - and their abilities begin to dangerously misfire. As time passes, one question becomes clear: What - or who - will need to be sacrificed to save Gatlin? For Ethan, the chaos is a frightening but welcome distraction. He's being haunted in his dreams again, but this time it isn't by Lena - and whatever is haunting him is following him out of his dreams and into his everyday life. Even worse, Ethan is gradually losing pieces of himself - forgetting names, phone numbers, even memories. He doesn't know why, and most days he's too afraid to ask. Sometimes there isn't just one answer or one choice. Sometimes there's no going back. And this time there won't be a happy ending.
After claiming herself as both Light and Dark, Lena disrupted the Other of Things and sent the town of Gaitlin into utter chaos. The Casters have lost control of their powers, lakes have dried up, the food even tastes different and the town is being infested with evil Vexes, which are hellbent on destroying anything in their path. Even worse, the characters we're so fond of are changing, and not for the better. Ethan finds himself unable to escape his disturbing dreams and is slowly losing his memory, while Amma is keeping dangerous secrets and meddling in dark magic. The strongest characters of the series are wasting away before our eyes and will meet their ends unless they can find a way to set the universe straight again.

In Beautiful Chaos, the dark forces are creating more havoc than ever, demanding the location of one John Breed, who disappeared at the end of the previous book. What's more unsettling are the visions Lena is having of herself as a baby. She learns shocking things about her Dark mother, Sarafine, and begins questioning everything she's ever known. Was her mother just as powerless to the Claiming as she was? Was she meant to be Light? Did she really love Lena? These visions are scattered throughout the novel and it's up to you to decide what to do with the information. As always, the authors know how to write up a mean mystery that'll leave you with more questions than you bargained for. The novel is one big question that you'll find yourself answering only on the very last page.

Lena and Ethan are characters who struggle immensely, weighed down by the suspenseful events of the book. While their love has always been a source of comfort for them both, Ethan is now unable to touch his girlfriend without feeling pangs of pain and without being drained of his energy. Even trying to fight it, he knows that a kiss for more than a minute could very well kill him. I did enjoy their relationship, despite how minor a part it played in the overall plot, and look forward to seeing how it develops in the next book. After the tremendous cliffhanger we're left with, it's an obvious problem you'll be thinking about!

Keeping this short and sweet, because trying to describe the plot of Beautiful Chaos is like trying to describe the whole of LOST, Kami Garcia and Margaret Stohl return with another nail-biting installment of the series. The mysteries are bigger and better, the bad guys meaner, and the stakes immeasurably higher. Throughout the book, tons of clues are left and at times you'll have all of the pieces but just don't know how they fit together. That's until the authors drop the bombshell and make us wonder how we didn't see it to begin with. Once again, I had a problem with the length and pace, but overall this was a good read. Link, John and Ridley will forever be my favourite characters and they provide the comic relief we so desperately require while reading books like this!