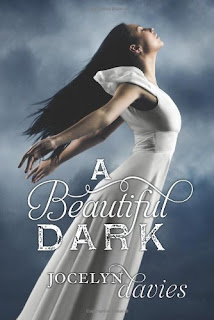 On the night of Skye’s seventeenth birthday, she meets two enigmatic strangers. Complete opposites—like fire and ice—Asher is dark and wild, while Devin is fair and aloof. Their sudden appearance sends Skye’s life into a tailspin. She has no idea what they want, or why they seem to follow her every move—only that their presence coincides with a flurry of strange events. Soon she begins to doubt not just the identity of the two boys, but also the truth about her own past. In the dead of a bitingly cold Colorado winter, Skye finds herself coming to terms with the impossible secret that threatens to shatter her world. Torn between Asher, who she can’t help falling for, and Devin, who she can’t stay away from, the consequences of Skye’s choice will reach further than the three of them could ever imagine.
Don't you just love it when you immediately know that you'll love a book after reading the first page? It's Skye's 17th birthday and she's celebrating it with her friends, as her parents died when she was only young. All is well when suddenly, strange things begin to happen; broken thermostats, exploding boilers, terrifying avalanches…what on earth is going on? Furthermore, two gorgeous transfers are now vying for her attention, both impossibly different to each other. Are they more interested in her or in keeping her away from the other? Caught in a battle between light and dark, Skye has her work cut out for her!

The characters in A Beautiful Dark are amazing. Skye is a perfect narrator, feminine yet powerful, and is able to describe the events of the book with ease. Although we're positioned to favour Asher, a rebel angel, over Devin, a good angel, Skye's able to show us the positives in both. When Sky begins to develop powers, she struggles to control and call them at will. While the Guardians, only able to act upon direct orders given by the Gifted, can heal and control the elements of air and water, the Rebels are able to inflict damage and control the elements of fire and earth. A war between the two races would destroy the earth and its fate lies in the hands of Skye, with her power being unbeatable and destructive to the other side. The question is, which side will she choose?

The mysteries in this novel are written superbly, with all characters having the potential to be the villain. Nothing is revealed until the end, and what transpires will shock you! A Beautiful Dark is filled with suspense and forbidden romance. Jocelyn Davies will keep you guessing and sitting precariously on the fence between good and evil. Is the rebel who loves her just using her for her power? Or is the seemingly good boy simply acting to lure her over to his side?

Promises of otherworldly love triangles are always a hit. Wonderfully executed, A Beautiful Dark will surely please. Without squealing, it's quite impossible for me to articulate just how much I loved this book. If you want flying angels, overnight sleepovers, elemental battles and steamy kisses with soft wings wrapped protectively around you? This is your book. After this cliffhanger, there is no way you can wait for the sequel and stay sane. I'm dying…slowly. Put me out of my misery!

Find Jocylyn on Twitter, Goodreads, Facebook and her website.
Buy A Beautiful Dark from Amazon, The Book Depository and Barnes & Noble.
Posted by Lisa at 6:36 PM