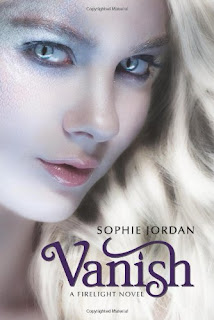 To save the life of the boy she loves, Jacinda did the unthinkable: She betrayed the most closely-guarded secret of her kind. Now she must return to the protection of her pride knowing she might never see Will again—and worse, that because his mind has been shaded, Will’s memories of that fateful night and why she had to flee are gone. Back home, Jacinda is greeted with hostility and must work to prove her loyalty for both her sake and her family’s. Among the few who will even talk to her are Cassian, the pride’s heir apparent who has always wanted her, and her sister, Tamra, who has been forever changed by a twist of fate. Jacinda knows that she should forget Will and move on—that if he managed to remember and keep his promise to find her, it would only endanger them both. Yet she clings to the hope that someday they will be together again. When the chance arrives to follow her heart, will she risk everything for love?
If you've read Firelight, you'll know that returning to the pride is the worst thing Jacinda can do. Not only will she be punished for running away, but she will be forced to make sacrifices for the ones she loves. Vanish picks up only a few moments after where Firelight left off so we're immediately thrown headfirst into the action. Prepare for yet another heart-racing novel from Sophie!

You all want me to talk about the romance, right? Well…after Jacinda and Will's declarations of love in Firelight, they get separated and just about everything and everyone stands in their way of reuniting. While Will tries desperately to find her, Jacinda's own attempts at escape are thwarted by nosy people, unfortunate events and her obligations to the pride. But even worse now, she's forced to choose between Cassian and Corbin to be her bondmate, neither of which are viable options in her eyes. While Corbin obviously has selfish motives, we're able to see a different side of Cassian. Up until now, we've been under the impression that he's only ever wanted Jacinda for her rare fire-breathing ability, but now we're seeing that he actually might genuinely care for her! When I was told that some had converted to Team Cassian after reading Vanish, I scoffed and thought, "impossible"! I'm eating my words now because I can definitely see the positives. He does some very noble things and even if you are still strongly Team Will, Cassian will worm his way into your heart, if even just a little! This opens the final book to the possibility of a real love triangle, which is another thing we can look forward to! Will is absolutely swoon-worthy, as always, and his sheer determination will make you fall just that much more in love with him. The romance does not disappoint!

The family dynamics in this novel are all over the place. From wise grandmothers to self-centred sisters, to controlling fathers and to absent-minded mothers, your frustration levels will rise through the roof! You will feel so many emotions while reading Vanish, as it takes you on an amazing journey of self-discovery and persevering love. I think Hidden will be the best book yet because we are left at a very exciting point of the series where brilliant, explosive things are ready to happen!

Team Cassian? Team Will? Whose side are you on? ;)