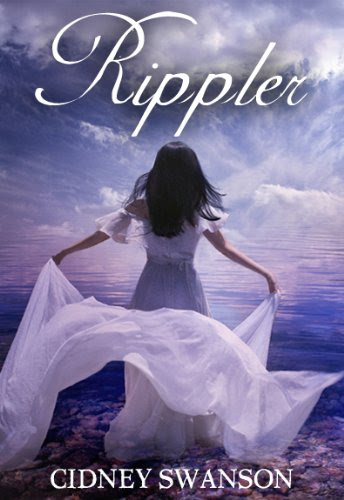 Samantha Ruiz has a freak gene that turns her invisible. She can’t control it, and it’s getting worse. Afraid of becoming a lab-rat, Sam keeps her ability secret, until fellow runner Will Baker sees her vanish into thin air. Will promises secrecy and help, and Sam begins to fall in love. Together, the two discover there are worse things than being a scientific curiosity. Someone’s been killing people who possess Sam's gene. A mysterious man from France sends letters that offer hope for safety, but also reveal a sinister connection with Nazi experiments. The more time Sam spends with Will, the less she can imagine life without him. When Sam uncovers secrets from her past, she must choose between keeping Will in her life or keeping Will safe.


When Samantha suddenly turns invisible on a canoeing trip with her cross-country team, she is shocked when she realises that her friend, Will, is now aware of her secret. He's witnessed her in action and knows more about her ability than she does herself. Who is he and where is he getting his information from? In their possession is a journal from over a century ago, and in it they discover the deep dark secrets of a disturbed stranger, which could give them more grief than help.

I enjoyed Cidney's writing style immediately. It was simple and in a way which conveyed Sam's exhilaration and the novel's mystery element really well. What seem to be riddles in the old journal are actually reports of experiments done on children in captivity. One plate less of food is provided to pit the children against each other, blankets are removed in the freezing weather for the same reason, water is withheld and only some unknown and possibly poisonous liquid is offered... It's a game of survival, designed to pick out the fittest, meanest and most ruthless. Who is willing to do anything? These flashback scenes are intriguing, and when you discover the way they link with the present… *gasp* Oh my!

Will and Sam have a thing for each other, obviously, but they don't act on their feelings very often. The times they do hug and kiss are adorable though. How about those friends-fall-in-love stories! Will lives with his sister, Mickie, and she just might be my favourite character. Responsible with a hint of cheeky…what's not to like? Her university professor was a man called Pfeffer, someone who's now dead. Theory: Everyone who knows about the Rippler Syndrome is picked off one by one. Fact: One false move and they're in big trouble.

I enjoyed reading about their exploration of invisibility and seeing the mystery unfold, but I would have liked to see more action and plot. There are hints and trickles of the plot throughout, which culminate to form an exciting last few chapters. Some spread would've improved Rippler a whole deal but despite that, this was a fun, yet serious, novel which should have just the right amount of mystery to pull you in. A good debut novel by Swanson!

Invisibility is cool, right? What would you do if you could hide yourself? ;) Isn't this cover gorgeous, by the way?

Find Cidney on Goodreads, Facebook and her blog.
Buy Rippler from Amazon, Barnes & Noble and Smashwords.
Posted by Lisa at 7:08 PM