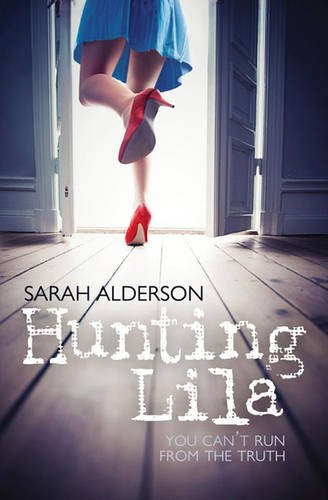 17-year-old Lila has two secrets she's prepared to take to the grave. The first is that she can move things just by looking at them. The second is that she's been in love with her brother's best friend, Alex, since forever. Or thereabouts.After a mugging on the streets of South London goes horribly wrong and exposes her unique ability, Lila decides to run to the only people she can trust - her brother and Alex. They live in Southern California where they work for a secret organisation called The Unit, and Lila discovers that the two of them are hunting down the men who murdered her mother five years before. And that they've found them. Trying to uncover the truth of why her mother was killed, and the real remit of The Unit, Lila becomes a pawn in a dangerous game. Struggling to keep her secrets in a world where nothing and no one is quite as they seem, Lila quickly realises that she is not alone - there are others out there just like her - people with special powers -and her mother's killer is one of them...


Until I received this in the mail, I had never heard of Hunting Lila. Muggings? Murders? What! This novel absolutely blew me away and I am so glad to have read it. It's everything you could ever want in a book - hot male leads, a strong female protagonist, fantastic abilities, fast-paced action, suspenseful plot and more! When Lila begins to fear her telekinesis, she immediately jumps on a plane headed for California, seeking the comfort of her older brother, Jack. Well, that's what she's says but…we all know she's after his best friend ;) For as long as she can remember, Lila has been in love with Alex. Stunningly handsome and sweet, she was utterly defenceless against his charms and couldn't help but fall in love as a little girl. Through flashbacks and sweet memories, Lila's affections return full force with their reunion and here we are, stuck with a big pile of sexual tension and dangerous longing.

I had no time to take a breath or to even put this book down. It was amazing scene after amazing scene and I am still gobsmacked at the magnificent storytelling. Alderson has a way with words and I would have never guessed that this was her first novel. Our positions towards characters are changed constantly and the twists are plentiful - In a good way...in a very good way. The Unit is the heart of Hunting Lila's mysterious story line and boy is this "military operation" interesting. There's also a group of Psy's, deadset on capturing Lila (hence the title) because The Unit's captured one of their own. A one for one trade - sounds fair? I loved this group and cannot wait to see more of them. So many different personalities with such a variety of gifts… Interesting times await us!

The relationships in this novel are Hunting Lila's strengths. When Lila and Alex's mother was murdered when they were children, Lila was forced to move to London with her father, while Jack remained with Alex's family. Since birth, Jack's been the stereotypical brother - protective and caring. These siblings are super cute, even if Jack may be a bit overbearing at times (as older brothers are!). I know what you're waiting for - Alex and Lila. May I recommend a fan? A towel? Perhaps a bucket of cold water? These two are dead sexy and you will drive yourself crazy, begging for them to finally admit their feelings! There's an amazing push and pull between them, with years of longing resulting in truckloads of tension and guilt. Are you ready for this? Be prepared for some crazy heart palpations!

Hunting Lila in one word: Amazing. Like I said, it doesn't get much better than this. I am so excited for book #2 because there are so many questions to be answered and so many storylines to explore! In the mean time, we'll have to settle for Sarah's new paranormal novel, Fated, set to be released in January 2012.

Who's read this? Amazing book, isn't it?! So excited for Fated. Are you? *epic fangirl*

Find Sarah on Twitter, Goodreads and her website.
Buy Hunting Lila from Amazon and The Book Depository.
Posted by Lisa at 5:20 PM