Review: The Power of Six 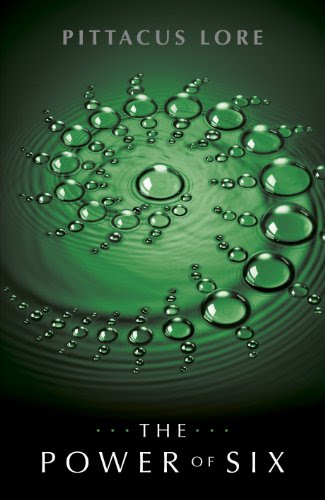 I've seen him on the news. Followed the stories about what happened in Ohio. John Smith, out there, on the run. To the world, he's a mystery. But to me . . . he's one of us. Nine of us came here, but sometimes I wonder if time has changed us—if we all still believe in our mission. How can I know? There are six of us left. We're hiding, blending in, avoiding contact with one another . . . but our Legacies are developing, and soon we'll be equipped to fight. Is John Number Four, and is his appearance the sign I've been waiting for? And what about Number Five and Six? Could one of them be the raven-haired girl with the stormy eyes from my dreams? The girl with powers that are beyond anything I could ever imagine? The girl who may be strong enough to bring the six of us together?

Power of Six left me absolutely speechless. There were truly no dull moments and all 350 pages were a delight to read. The novel has two narrators, both of which are graced with exciting story lines and magnificent character development. After running from Paradise, John Smith races around America with Six and Sam in an attempt to learn about his past and his Legacies, to save the people on Earth and to prevent the total destruction of his home planet, Lorien. Meanwhile, Marina (Seven) lives in a Spanish orphanage with her Cepan, Adelina, trying desperately to escape from her prison and find the others like her.

So the powers of invisibility, telekinesis, pyrokenesis weren't cool enough for you? We're now discovering that some have the ability to see in the dark, breathe underwater, resist gravity and shapeshift! Every single word of this novel is to be devoured. Whether you're reading about the Lorien history, John's flashbacks and visions, action sequences, romantic moments, hilarious bantering or scary chases, Power of Six will enrapture you and demand to be read in one sitting. With the point of view changes, anticipation and mystery is built on a whole other level. Leaving one character's story on a cliffhanger, the chapter changes location and immerses us into the story of another. Cue cliffhanger. Rinse and repeat.

The relationships in this novel are very strong and, in my opinion, really carry the novel to its "brilliant" status. John continues to maintain his friendship with best friend, Sam, a human who's determined to aid the aliens in their war against the Mogadorians. While away from his girlfriend, Sarah, John has a wandering eye, becoming guiltily attracted to Sam's crush, Six. But there are no messy love triangles or jealous third wheels here, so fret no more. The dynamic personalities within this trio will surely entertain and evoke a fair share of laughs from you! In contrast, Marina has only one alliance in her orphanage - Ella, a seven year old who has just been brought in. Their friendship is sweet and heartwarming, a spark of happiness amidst the sadness of Adelina's betrayal and alliance with the Church.

The fight to stay alive and to kill the Mogadorians is the main plot of the novel. Pittacus Lore cleverly weaves it in between other elements so that we're given a rich, complete and exciting experience. I cannot stress it enough - go out and buy this book now! You will not regret it. I am bouncing in anticipation for the third book. If it's even half as good as this book, we're in for a real treat.

Are you excited yet? You must read this book (and the first) immediately!
Buy The Power of Six from Amazon, The Book Depository, Barnes & Noble and Borders.