So...I can't believe i'm doing this, starting a blog. Bear with me people. I don't have a ton of spare time but i'll do my best to keep up! I've always wanted a blog but felt that I wouldn't have enough time to make it great and that no one would follow (I'm boring, ya know). I got bullied into this, just FYI, but i'll make the most of it.

First off, i'll post reviews on books that I've already reviewed on Goodreads. After that, new reviews! ;) Some books (the ones I'm reviewing first) are from early to mid 2010 but i'm rewriting most of those reviews since they're shorter than the reviews I write now. I repeat, bear with me. 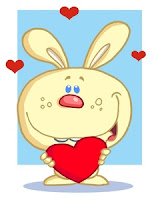