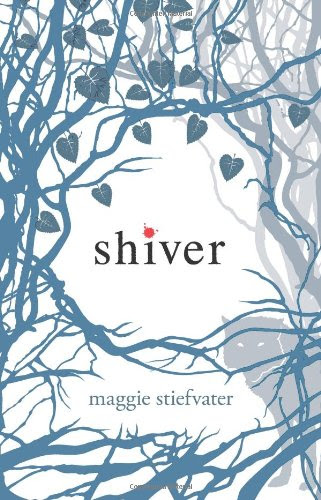 Shiver was so sweet I think I got a cavity. Well, to be more specific, Sam was sweet. His romantic side definitely rivalled that of Edward Cullen! Don't you just wish that a guy would read you poems and write you songs all day?

The first book in the Wolves of Mercy Falls series is about a girl named Grace and how she forms a relationship with a boy named Sam. But Sam is no ordinary boy - he's a werewolf. One that saved her life when she was a little girl, one that has watched her from outside of her house for years, one that almost died and was desperate for her help. Though in tough circumstances, the two overcome their differences to be a part of one of the sweetest romances ever.

Just to note, I really liked Maggie's version of werewolves. Shifting because of the cold instead of the moon? Nice. It definitely sets up many opportunities for complications in the future.
I had so much sympathy for Sam throughout the novel. We get bits and pieces of his backstory and coupling that with his current struggles, you know that you want to give him a massive hug and tell him that everything's going to be okay. Grace was a great character as well. She was strong-willed and determined, which was nice to see. I think her character could've been developed a little more but it's something I can overlook.

The novel ended at such a terrible time. Right at a small climax! Linger couldn't come sooner…
Overall, Shiver was a very enjoyable book. We get multiple point of views, plot lines and interesting characters. Sounds like a good book to curl up with on a winter's day!

Random note : Oh my goodness at Sam when he was a wolf. Can anyone say adorable? After reading Shiver, I wanted to run out into the woods and grab a sweet werewolf for myself!

What did you think of Shiver? Do you want a Sam for yourself? Leave us a comment!
Posted by Lisa at 11:44 PM