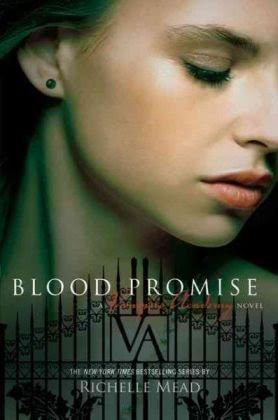 Out of all the books in the Vampire Academy series, Blood Promise is my least favourite. Not because a certain character was noticeably absent, but because I felt that we dwelt too much on things that…didn't need to be dwelt on. I think Blood Promise could have been just as good with just as much emotional effect in half the length. In saying that, this book really did tug on the heartstrings. Yank and tear them apart, even. You really did need to make best friends with the tissue box while reading this!

Blood Promise centres around Rose, as she tries to find a way to keep the promise between her and Dimitri. It may seem impossible, but she won't stop at anything to fulfil his wish. Along the way, she meets new people, learns things she never knew were possible and has her life changed forever.

Once again, there's not much to say without spoiling. So here are some teasers! See what you make of them!