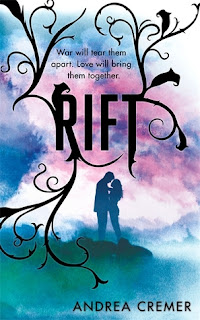 Sixteen-year-old Ember Morrow is promised to a group called Conatus after one of their healers saves her mother's life. Once she arrives, Ember finds joy in wielding swords, learning magic, and fighting the encroaching darkness loose in the world. She also finds herself falling in love with her mentor, the dashing, brooding, and powerful Barrow Hess. When the knights realize Eira, one of their leaders, is dabbling in dark magic, Ember and Barrow must choose whether to follow Eira into the nether realm or to pledge their lives to destroying her and her kind.

In the Scottish lowlands of 1404, a young girl named Ember Morrow is called upon to serve at Tearmann, after her mother was saved by one of the Conatus during a difficult childbirth 16 years ago. Although her friend Alistair returns with high hopes of a relationship between them once they're both there, he's shocked and unwilling to accept that she doesn't feel the same way. Even worse, she ends up falling for her mentor, Barrow. Although I enjoyed Ember and Barrow's scenes thoroughly, I found myself disappointed by others. A large portion of the novel is in the point of view of Eira, the antagonist, and for me her scenes were quite tiring and frustrating. While I usually enjoy reading from the perspective of the villain, something about Eira irked me…

I loved Ember as a character. She was strong and willing to learn, willing to abandon her family to do something she was passionate about. They saw her duty as a terrible punishment for a woman, but she revelled in her newfound knowledge and power. Her transition from a proper girl to a useful woman was a joy to watch, especially with Knight Barrow Hess to guide her along… His introduction in Rift is not one to be forgotten, besting the guards of Ember's father in a fight with ease. Being a strong character himself, his relationship with Ember is very dynamic. They go through the stages of properness, denial, lust and love, stubbornly butting heads one moment and lost in each other's gaze the next. Cremer has always written good love scenes, so major UST and swooning ahead!

As Eira becomes impatient with the other members of the Circle, who want to wait and plan before taking action against evil forces, she is lured to the dark side when she is offered the power to take action on her own, to make a difference for the better, or so she thinks. Predictably, this turns her into a ruthless evil, drunk on power. I can't put my finger on what was wrong with Eira, but I felt like abandoning the book every time I had to endure her. Annoyance aside, Cremer does a great job of building the mystery surrounding the seemingly random but dangerously linked events.

There were so many wonderful things about Rift that I could gush all day about. From Ember's beautiful stallion, Caber, to her impressive combat skills, I was enchanted. Rift revisits portal weaving and characters we've seen before from the Nightshade series, and introduces the history and other elements of this world we haven't seen before. Cremer was able to get me flustered, enraged and giddy multiple times throughout this book and had me clutching desperately at the pages by the final chapters. There's an intensity we're not used to seeing from Cremer in this book and I loved it. As usual, the ending doesn't disappoint and has me 110% ready for the sequel!


What did you guys think? Did you like this prequel series more than the original? I can hardly believe that Rise will be released tomorrow. EXCITED? Understatement.