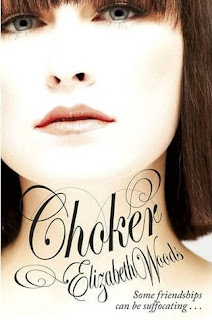 Sixteen-year-old Cara Lange has always been a loner, even more so since she moved away from her best and only friend, Zoe, a few years ago. Cara mostly spends her time avoiding the popular girls who call her 'choker' after a humiliating incident in the cafeteria, and watching Ethan Gray from a distance, wishing he would finally notice her. Then one day Cara comes home and finds Zoe waiting for her. Zoe's on the run from problems at home, and Cara agrees to help her hide. With Zoe back, Cara's life changes overnight. Zoe gives her a new look and new confidence, and before she can blink, Cara is flirting with Ethan and getting invited to parties. And best of all, she has her best friend to confide in again. But just as quickly as Cara's life came together, it starts to unravel. A girl goes missing in her town, and everyone is a suspect ~ including Ethan. Worse still, Zoe starts behaving very strangely, and Cara begins to wonder what exactly her friend does all day when she's at school. You're supposed to be able to trust your best friend no matter what, but what if she turns into a total stranger?

This is a really tough one to review. On one hand, I had issues with the book but the shocking ending is making me question everything I read. I'm now left wondering if I read it again with new eyes, will I better appreciate the story Woods has constructed? I would say yes, but upon deeper reflection I've decided to review this book based on what I thought while reading it - we'll get to the ending later!!

Cara Lange is a lonely teenager who longs for the most desired boy at school. She sits with people who ignore her at lunch and unsuccessfully tries to dodge the extreme bullying by the popular girls. Alexis Henning is the mastermind behind the terrorising and also happens to be the girlfriend of Cara's crush, Ethan Gray. She's only ever had one friend, that being a girl named Zoe, who she hasn't seen in over five years. Choker begins with a flashback and we instantly see that Zoe is a disturbed character to avoid. One thing that was great about the book was Woods' ability to turn up the creep factor. So many disturbing things happen and you'll want to do nothing but shout at Cara to keep her distance! So when Zoe mysteriously ends up in Cara's room and asks for a place to stay…things get nasty.

The focal points of Choker are the chilling deaths and disappearances of Cara's bullies, and Cara's budding friendship with Ethan (who, I must say, wasn't very likeable). The apprehension built up from the prologue directly continues as soon as Zoe makes her reappearance. She claims she ran away from her stepdad, who she "dealt with", and begs Cara to keep her presence a secret. Are the alarm bells ringing yet?! For the majority of the book, Cara is largely dependent on Zoe and bends over backwards trying to keep her happy. This was a very frustrating cycle that had me ripping my hair out. How could someone be so ignorant and blind, even if they are desperate?! Zoe's jealous rages only become more prominent the more Cara goes to parties and hangs out with Ethan. Smoke is literally coming out of her ears right now.. - duck for cover? Throughout the book, you'll feel an overwhelming amount of worry from knowing what exactly Zoe is capable of. While Cara's oblivious, we're on the edge of our seats just waiting for the worst to happen.

So what didn't I like about this book? Cara. Yes, she's a victim but I always have trouble reading books with weak protagonists, especially when they lack the depth and proper growth to make it work. I felt that Woods didn't develop the characters well enough and we only had the real surface images of Deranged Friend and Sad Loner. I was looking for more complexity, which Choker sadly lacked. Ethan wasn't a great love interest at all. Why would you be in love with someone who does nothing about the bullying their girlfriend dishes out? For me, Ethan was just another bland and stereotypical "popular sports captain". What a shame! So as I said before, the twist at the end doesn't excuse the poor characterisation. It's an essential element to any good book, and it really could have been done well with this type of story.

This review may look like I'm dumping a whole lot of "this and that annoyed me" on you, but there are certainly some fantastic qualities to this story. Woods' portrayal and strong message of teen bullying is very powerful. Even if you do hate Cara as a character, you can't help but want to give her a hug for everything she's endured at her young age. If not for that, you should stick around for Zoe. She'll keep you in suspense with her unexpected mood changes and if I had to describe her in two words? Psychotic and Manipulative. While I absolutely hated her, she is probably the only thing that kept the story going. The epic twist was brilliant. I would never have guessed it but judging from other reviews, other people did because they paid close attention to detail. While I'm tempted to read this again just to see if I can spot the clues…I don't think I can deal with Cara again. So if you haven't read this book and are meaning to, definitely pay attention and try to figure out the twist. Choker could have been better but I applaud Woods for giving her debut a good whack with this great idea!

Find Elizabeth on Goodreads.
Buy Choker from Amazon, The Book Depository and Barnes & Noble.
Posted by Lisa at 6:30 PM