Welcome to the final day of the Love Triangle Debates! Brodie and I have already posted up ten and we're sharing the final six with you today! Be sure to vote for all of your favourites and make sure they come out of the votes on top ;) Check out all of the debates here!

I read Born At Midnight a few months ago and absolutely adored it. Amazing characters? Romance? Fun supernatural element? YES! Australia's a bit behind but never fear... I just purchased Awake at Dawn online and hope to read it soon!

I genuinely love both Derek and Lucas equally. While there's a clear bad boy and a mysterious/sweet/loveable boy... I really can't choose. I love the qualities in both so...what's a girl to do? We'll have to see how things go for me in the sequel!


Remember to vote for your favourite team in the poll at the bottom of this post. Vote and defend in the comments to earn entries for the giveaway!

TEAM LUCAS
Represented by: Samantha from Sam the Bookaholic


I think that Lucas is better than Derek for many reasons. Even though Derek shares Kylie’s pain, he shouldn't have tried to get her to go out with him by making her jealous. Lucas doesn’t try too hard and he shows Kylie the real him. He’s not trying to be something he’s not.

Also, every time Lucas and Kylie are together there is so much energy in the air and sparks are flying. With Derek it’s just sweet, calm, and a little friendly. There are no intense feelings between Kylie and Derek. Lucas also met Kylie first. Even though they were little kids, he still thought that she was interesting. One of his best qualities is that he listens and he still remembers Kylie having a cat when she was little and apologized for what his parents did to it.

He’s also very hot. Way hotter than Derek. If you don’t believe how hot Lucas is, here's a photo.

These are the many reasons for why Lucas is the better guy and is perfect for Kylie! 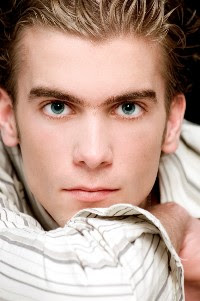 Who doesn’t want a gorgeous boy with green eyes who is kind, sweet and caring? Did I mention that he is also half-fae? In the first book in this series, Derek is vying to win the heart of Kylie, the new girl at Camp Shadow Falls. One of the best parts about Derek: he will always swoop in and be your knight in shining armor, no matter what difficult situation you are in!
Why is he perfect for Kylie?
First off, he is so caring and sweet and is possibly one of the best boyfriends ever. Also, since he is half-fae, he can really understand Kylie and feel her emotions, which is a bonus because who doesn’t want a guy to understand what your going through?

Here’s a little content from Derek’s first encounter with Kylie..

"Did you pack your new underwear that I bought you yesterday?"

"Yes," Derek Lakes muttered, certain seventeen was too old to be reminded to pack his underwear by his mom. Biting back a retort, he looked around to see if any of the other teens waiting for the camp buses had heard his mortification. Were all moms this exceptional at embarrassing their offspring, or was his mom just extra talented?

"I wish you wouldn't go," his mom told him for the tenth time.

I wish I didn't have to go. A hungry flock of birds squawked from overhead, as if adding their two cents. Derek frowned and looked up, before focusing on his mom. "Going to Shadow Falls is important to me," he said, and it was. Not that he could explain it to his mom. There were things they didn't talk about. His father-all things concerning his father-was at the top of the list.

He glanced over his mom's shoulder. Anticipation buzzed in the air. Other teens stood by their parents' sides. Most were attending the normal summer camps. What he wouldn't give to be one of them-a normal.

A blond boy around sixteen walked past, and his eyes changed from coal black to yellow as his gaze focused on Derek. This one wasn't a normal. The boy nodded a silent greeting. Derek responded with only a slightest twitch of his brows. Perhaps he should feel a bond, a kinship with those like him, but he didn't. All the other Shadow Falls' campers were going to camp to learn how to use their powers. Derek was going to learn how to lose his.

"I already miss you." His mom wrung her hands together and right then emotion, so thick it bordered on desperation, filled the air and seeped into his pores.

His chest muscles tightened and his gaze shot to his mom. Was she that distraught over his going? She drove him crazy, but he'd vowed never to hurt her. His Fae father, who'd abandoned them, had hurt her enough. Focusing on her pale green eyes, Derek read only a hint of sadness.

But if the transferred emotion crowding his chest wasn't hers, then whose was it? His gaze shifted to the left and halted suddenly on a girl. Her light blond hair cascaded around her shoulders and her blue eyes shined with the watery sheen of unshed tears.

His mom followed his gaze, and she chuckled. "Oh, Derek. She's pretty."

He frowned at his mom and prayed the girl hadn't heard. Not that he hadn't made the same assessment. Well, he hadn't thought of her as pretty, more like freaking hot with curves in all the right places. But chances were, the girl, obviously upset, wouldn't appreciate being checked out by a guy . . . and his mom. Not that he stopped his slow admiration up and down her body. As his bad luck would have it, she hadn't even noticed him.

He stopped listening, but filed the girl's name away. Kylie. It fit her. Soft and light, so unlike the heavy emotion she exuded.

He ached to move closer, to touch her and lessen her pain. Even an accidental brush of his shoulder, could offer her a small reprieve. He might as well use his gift, before he lost it completely.

He'd been so busy admiring her assets, he hadn't checked. He tightened his brow to see beyond her physical self, and while her brain pattern was not completely one of a normal, it was unlike any he'd ever seen. He fixed his gaze harder and quickly slammed against her closed shields. Closed shields amongst supernaturals were considered exceptionally rude. Not that she came across as ill-mannered, just aloof, and . . . hurting.

He continued to stare. Normal or not, he couldn't be completely sure.

The doors to the buses opened. Teens, eager to escape their parents, rushed forward, stirring anticipation in the air. And while his reasons differed from the others here, he was just as impatient to go, too. He needed to get this summer behind him.

Because he knew his mom would never let him leave without the mandatory hug, he went ahead and did it. Her maternal love mixed with sadness poured into his chest alongside the girl's more intense sentiments.

"I'll call." He picked up his suitcase-with his new underwear-and walked to the bus.

He looked back before he stepped up into the vehicle. His mom waved. He smiled, but his gaze shifted to the girl again. Kylie looked toward the buses, her raw emotion vibrated around her, and he felt her shudder from a sense of loss and abandonment.

He attempted to push the emotion away, but it was too strong-too arousing. He held his breath to see if she'd move toward the bus. Was she or wasn't she like him? He waited and hoped she'd walk his way, or that she'd at least notice him.

A crowd of others suddenly stood behind him-their impatience to get inside prickled his skin. He turned and took one step up into the bus, but a girl, with coal black hair, wearing dark shades-her vampire pattern easily readable-blocked the bus's entrance. She stared out at the parking lot, her brows above the glasses pinched in concentration.

Her attention shifted to him. "What the hell is she?" she asked, her tone leery.

Derek glanced back at the blonde. "I have no idea." Yet, he longed to know the answer, just as he longed to help her.

So in conclusion, Derek, is of course, the perfect choice for Kylie. Is he nice? Check. Is he handsome? Check? Is he caring? Check. Who wouldn’t want a sweet boy like that??

Okay, that little flashback was great. I remember there were some huge giggle-worthy moments in that one from the secondary characters! Werewolf....half-fae....werewolf....half-fae. Can we just draw a random name out of a hat? Seems fair.


Have you read A Beautiful Dark or are you planning to? Head over to Brodie's blog to see the little angel and rebellious angel battle it out! The Vampire Academy and Darkest Power boys will be here to greet you in a few hours!
Posted by Lisa at 8:00 AM