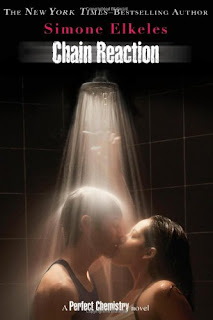 Luis Fuentes has always been sheltered from the gang violence that nearly destroyed his brothers’ lives. But that didn’t stop him from taking risks—whether he’s scaling a mountain in the Rockies or dreaming of a future as an astronaut, Luis can’t stop looking for the next thrill. Nikki Cruz lives her life by three rules—boys lie to get their way, don’t trust a boy who says “I love you,” and never date a boy from the south side of Fairfield. Her parents may be from Mexico, but as a doctor’s daughter, she has more in common with her north-side neighbors than the Latino Blood at her school. Then she meets Luis at Alex’s wedding, and suddenly, she’s tempted to break all her rules. Getting Nikki to take a chance on a southsider is Luis’s biggest challenge, until he finds himself targeted by Chuy Soto, the new head of the Latino Blood. When Chuy reveals a disturbing secret about Luis’s family, the youngest Fuentes finds himself questioning everything he’s ever believed to be true. Will his feelings for Nikki be enough to stop Luis from entering a dark and violent world and permanently living on the edge?
The final book of the series… Can you believe it? After all of the hardships and passionate romances, we're finally at the end! Once again, Elkeles brings in a new coupling that's completely unlike the other two. While Luis Fuentes has a clear vision of his future as an astronaut, Nikki Cruz hates her Mexican background and would rather be white, seeing as she acts like one anyway. After her Mexican ex-boyfriend, Marco, dumped her for the Latino Blood gang while she was pregnant with his baby, Nikki vowed to stay away from boys, especially those from the south side. Chain Reaction has the most twists of the series and is a great ending to this beloved story.

Meeting at a wedding, Nikki immediately has a negative reaction to Luis… So what does she do? Steal his clothes while he's skinny dipping in the ocean with some girl! Oh, the fire! Out of the three female love interests, I think it was the hardest to relate to Nikki. On one hand, I loved that she was so strong, having overcome many painful obstacles as a young adult, but it was difficult to connect with her as a character because of the her bullet-proof barriers. As she and Luis fall in love, we see him begin to chip away at her walls and teach her how to trust him. They have a sweet, though problematic, relationship, which complements the main storyline well.

The gang activity from the previous books all lead up to this. Chuy Soto, a dangerous man who wants Luis' help to rebuild the Latino Blood gang, is free from prison and willing to do anything to get what he wants. Luis faces hard choices, as he weighs in on the importance of his future, his family and the love of his life.  As we learn shocking secrets and navigate through fast twists, each one just seems to get worse and worse! At times you'll want to shake the characters for their stubborn or dangerous decisions, but you can only cross your fingers and hope for the best...

Throughout Chain Reaction, we discover many developments in the lives of the two previous couples. With weddings, babies, break ups and who knows what else, you'll love seeing your favourite characters return one last time! Every single book in the series has ended with an epilogue, twenty something years in the future, and this one is no different. In each, we see how the Fuentes brothers have grown up and knowing that they've all reached that point makes me feel so indescribably content! Elkeles has wrapped up this series brilliantly while still leaving room for the characters' lives to continue. This series is magnificent and will forever be remembered as being dangerous, exciting and sexy.