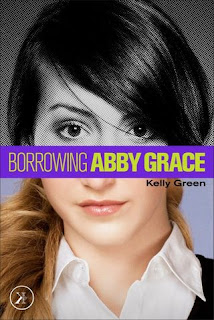 When Abby Grace wakes up in the back of a van, she has no idea who she is, how she got there, or why anyone would want to kidnap her. After escaping her masked captors, she hurries home, only to discover that she unknowingly left her younger brother behind in the van. Unable to answer the police’s questions with her memories gone, she retreats to the safety of her bedroom where she tries to reconstruct her life. Just as she is settling into the belief that things will one day return to normal, she looks in the mirror—and sees a stranger’s face. As Abby learns next, she has become a Shadow, sent to inhabit the lives of strangers in trouble. With nothing to go on except the vague hints of her cute but maddening Guardian, a 19th century ghostly teenager named Will, Abby sets out to rescue the missing brother. But she will need all of her intelligence, fearlessness, and wit, because if she fails to find him in time, she will remain trapped in this unfamiliar body forever.
In just two words: fun and refreshing. Borrowing Abby Grace is the first episode of what will be a fast-paced and exciting series. After returning to consciousness in the back of a van without any memories, Abby discovers she's a Shadow. Waking up in a new body every few days, she must fix a large aspect of that person's life, otherwise she'll be trapped in the body forever. Gripping storyline, am I right? I've never read an episodic series before so this was a new experience that I really enjoyed.

This first episode follows Abby's investigation of her body's brother's disappearance. Suspects are around every corner but I can honestly say that my theories were nowhere near close to the truth. Borrowing Abby Grace is scattered with little clues Abby must piece together using her quick thinking and steely determination. I loved that we were just as clueless as Abby, in regards to her Shadow situation, as it made the story seem more personal and realistic. While you'll finish each episode in no time at all, you'll be engrossed for that short period of time, hoping for another piece of the overall mystery to be revealed!

Abby is a great narrator, coming off as strong-willed and witty. Although she feels as if she's very alone, Will cheekily hides in the shadows, watching to make sure she's safe. His character is one of great intrigue also. As a Guardian ghost he's very cryptic and of no "real" help at all, but I like the support he shows Abby, even though she doesn't appreciate his frustrating secrecy at all. With these episodes being so short, we don't get to know the characters very well but I imagine, just like a television series, their personalities and histories will continue to build on as the series continues.

For my first read of something like this, I think it went fabulously well. It's almost exhilarating to read something so short, as opposed to my usual 300-400 pages! Mystery lovers will really sink their teeth into this series - just like a true crime show, we have a sticky situation that we're able to solve in less than an hour ;) A great, fun debut series by Green!