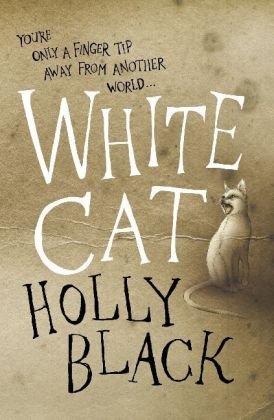 Cassel comes from a family of curse workers — people who have the power to change your emotions, your memories, your luck, by the slightest touch of their hands. And since curse work is illegal, they're all mobsters, or con artists. Except for Cassel. He hasn't got the magic touch, so he's an outsider, the straight kid in a crooked family. You just have to ignore one small detail — he killed his best friend, Lila, three years ago. Ever since, Cassel has carefully built up a façade of normalcy, blending into the crowd. But his façade starts crumbling when he starts sleepwalking, propelled into the night by terrifying dreams about a white cat that wants to tell him something. He's noticing other disturbing things, too, including the strange behavior of his two brothers. They are keeping secrets from him, caught up in a mysterious plot. As Cassel begins to suspect he's part of a huge con game, he also wonders what really happened to Lila. Could she still be alive? To find that out, Cassel will have to out-con the conmen.

The novel begins with Cassel Sharpe on the roof of his school, having sleepwalked while dreaming about a white cat. When people accuse him of trying to commit suicide, he finds himself stuck in a society full of fear and hatred towards curse workers, though he possesses no power himself. Through flashbacks and hazy memories, Cassel begins to wonder if everything he believed in may be a lie. Are his family members keeping a secret? Why is he the only non-worker in his family? Why is this white cat constantly appearing in his dreams?

To not spoil the book, there is not much at all that I can actually reveal about the story line. You'll have to trust me when I tell you that the characters are very unique and that it'll be difficult for you to decide where you stand with them. Are they good or bad? Well, your opinions will definitely changed multiple times throughout the book. The history that they all share is mind-blowing because of the way the story has been carefully manipulated, with Holly Black showing us just enough to let us make an assumption, before hitting us with a twist to throw us off track again. From Cassel's friends, to his family and to the opposing curse worker families, you'll love the fun bickering, fight scenes and suspenseful mysteries between them.


“Pet the cat, dude,” says Sam. “She brought you a present. She wants you to tell her how badass she is.”
“You are a tiny, tiny killing machine,” Daneca coos.
“What’s she doing?” I ask.
“Purring!” says Daneca. She sounds delighted. “Good kitty. Who’s an amazing killing machine? That’s right! You are! You are a brutal, brutal tiny lion!
Yes, you are.”
Sam laughs so hard he chokes. “What is wrong with you? Seriously.”
“She likes it,” Daneca says.

White Cat is very plot-centric, with the bulk of the novel dealing with Cassel and the revelations he makes about his life. This novel is a rollercoaster ride, through and through, so keep your seatbelts on because you're in for a treat! The cliffhanger White Cat ends on is shocking - earth-shattering, jaw-dropping, shocking. Good thing the sequel's been released, huh?

What did you think of this novel? For a long time now I've been hearing fantastic things about this series! Has it been good for you? ;)