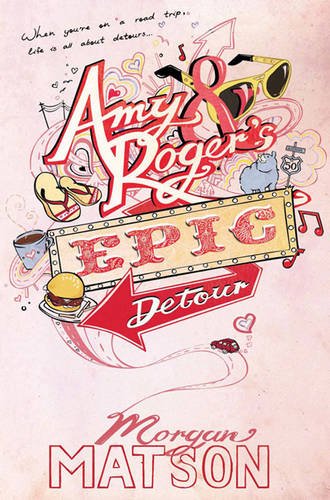 Amy Curry thinks her life sucks. Her mom decides to move from California to Connecticut to start anew—just in time for Amy's senior year. Her dad recently died in a car accident. So Amy embarks on a road trip to escape from it all, driving cross-country from the home she's always known toward her new life. Joining Amy on the road trip is Roger, the son of Amy's mother's old friend. Amy hasn’t seen him in years, and she is less than thrilled to be driving across the country with a guy she barely knows. So she's surprised to find that she is developing a crush on him. At the same time, she’s coming to terms with her father’s death and how to put her own life back together after the accident.
This was easily one of the best books I have read this year, maybe even ever. Just thinking about it now, my heart is literally fluttering away and begging me to read this all over again. Friendships, love, overcoming fears and adventures that push you to grow…Amy & Roger's Epic Detour is a heartwarming novel about two young adults finding themselves, as well as each other, whilst taking a journey across America.

Amy Curry's father died in a car accident a few months ago, something she blames herself for. When forced to road-trip with Roger, he is the permanent driver as she is terrified of taking the wheel again. Don't think that this story is a sad one, though. There aren't long, brooding passages or scenes with Amy's bouts of crying. This novel is fun - I can't say it enough. We're sporadically shown photos, receipts, scrapbook entries, etc. throughout the novel and they were a joy to read. Amy's comments in her scrapbook are especially hilarious and you'll easily find your cheeks aching from the constant smiling! 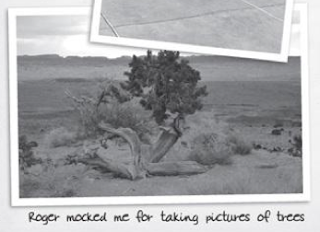 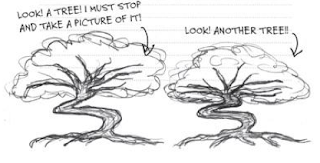 Amy and Roger's relationship develops slowly so you're really able to appreciate them as good friends first. They understand each other and are very supportive. What would you do if your maybe-crush was hung up on an ex-girlfriend who may or may not have used him, but he's still completely unaware and willing to chase after her? Yeah...did I mention that Amy's mother planned an itinerary for them? One that they neglected? The stops were as boring as they could be, so the two decided to take a detour, travelling to different states, doing some sightseeing and meeting up with friends. Amy & Roger experience everything together and their love is so perfect that you wonder where on earth it came from, right along with the characters!

Truly beautiful, this novel is not to be missed. I dreaded the ending because I just didn't want to leave Amy and Roger, but the positive scene left me hopeful and satisfied. With interesting characters, gorgeous descriptions of American landscape and landmarks, realistic issues and a sweet romance, Matson will leave you floating in the air, wishing for a little detour of your own.

Find Morgan on Twitter, Goodreads, Facebook and her website.
Buy Amy & Roger's Epic Detour on Amazon, The Book Depository, Barnes and Noble and Borders.
I would happily read a random sequel to this. Let's go back to California! LOL I'm sure there are some trees that Amy missed.... Let me know if you've read this gem or if you're planning to!