Teaser Tuesday is hosted by MizB at Should Be Reading.

The rules are simple! 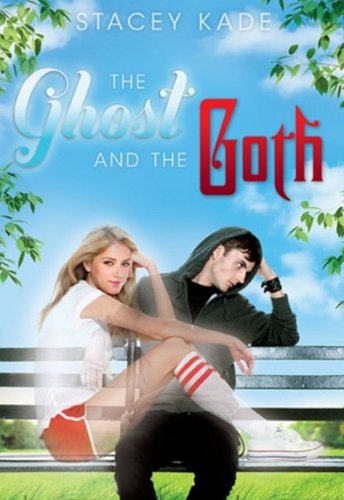 I finished this last night and thought it was adorable! Alona is such a prissy little thing but...I kind of adore her.


“Killian. I’ve been here two hours, and I’m fading in and out, no matter how often I think about puppies, rainbows, and your surprisingly large biceps.” Ha, let him chew on that one for awhile.
A pause. “My what?”

Full of humour, this book is. Hopefully the sequel's just as good!

This meme is hosted over at The Broke and the Bookish.
This week we're looking at the Top Ten "Awww" Moments In Books meaning those cute lines, charming actions, kisses, or any other sentimental moment that made you say "AWWW!"
This is such a tough one. There were so many moments and books to choose from. It's hard not to spoil so if you don't want to know that two characters fall in love (even though it's obvious...), consider yourself warned! Random selection here ;) Makes me want to reread my whole bookshelf! So many great memories... *sighs*

Anna and the French Kiss by Stephanie Perkins - Review
The whole conversation between Anna and Etienne at the end of the book is absolute win. It's the kind of "OMG I FREAKING LOVE YOU, YOU DORK!" scene we all dream about. Sweet words plus romantic declarations...my god. How has my heart not gone into cardiac arrest?


“You don’t have to be worried, okay? You don’t have to be scared.” His voice is twinkling again. “I’m not flirting with you.”
Embarrassment sweeps through me. Flirting. A dirty word. He thinks I think he’s flirting. “I’m not—I don’t think you were—I would never think that you—” The words collide in my mouth, and now I know there’s no amount of darkness that can cover the rush of red to my face.
He cocks his head to the side. “Are you flirting with me, then?”
“What? No,” I splutter. My mind is spinning blindly in a panic, and I realize I don’t even know what flirting is.

Falling Under by Gwen Hayes - Review


"I put her pendant on a black cord and wore it every day. I didn’t recall loving her, but I loved her all the same. It wasn’t something I questioned anymore, not after that kiss. My brain may not have remembered, but my heart did."


“Why is it,” I said against his lips several moments later, “that we’re always kissing in gross, dirty places like cellars and abandoned mills?”
He laughed, pressing kisses to my jaw, then my neck. “Next time it’ll be a castle, I promise. This is England, after all. Can’t be too hard to find one.”

Matched by Ally Condie - Review
All of the scenes where Ky teaches Cassia how to write! So adorable. Some of the best scenes in the book, in my opinion!


“Peeta?” I creep along the bank.
“Well, don’t step on me.”
I jump back. His voice was right under my feet. Still there’s nothing. Then his eyes open, unmistakably blue in the brown mud and green leaves. I gasp and am rewarded with a hint of white teeth as he laughs. It’s the final word in camouflage. Forget chucking weights around. Peeta should have gone into his private session with the Gamemakers and painted himself into a tree. Or a boulder. Or a muddy bank full of weeds.

Whenever I reread this book, this little scene gets re-read a minimum of five times before a long session of giggling and then continuing.


"Then I did what I had always wanted to—I put a hand to his dense ruff, and when he didn’t flinch, I buried both my hands in his fur. His outer coat was not soft as it looked, but beneath the coarse guard hairs was a layer of downy fluff. With a low groan, he pressed his head against me, eyes still closed."

The whole book was a massive bundle of sweetness. There was an "aww" moment on every second page at least.


“There is no pretending,” Jace said with absolute clarity. “I love you, and I will love you until I die, and if there’s a life after that, I’ll love you then.”

Frostbite by Richelle Mead - Review
The entire conversation between Adrian and Rose when they first meet. Outside on the porch thing or wherever it was. Adrian, adorable as always. Moment I fell in love ;)


“Isabella Swan?” He looked up at me through his impossibly long lashes, his golden eyes soft but, somehow, still scorching. “I promise to love you forever — every single day of forever. Will you marry me?”

Had to do it guys. The whole series is littered with "aww" moments. Haven't read this series in a few years because I can't stand the writing now but...I remember I used to melt and swoon!


~x-x-x~
If you made it this far, bravo and thanks for reading! Share your teasers and favourite aww moments with me! What did you think? ;)
Posted by Lisa at 7:58 PM