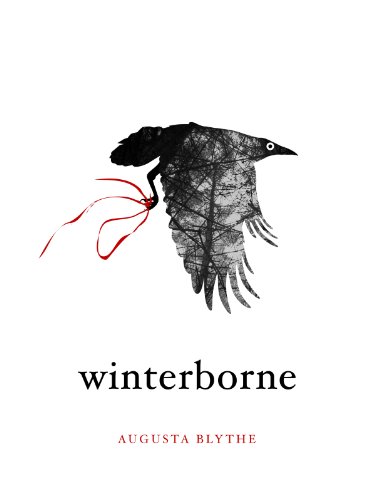 Sixteen-year old Mia Winterborne is destined to be special. Details are sketchy, though, as her dad disappeared with all the answers when she was five. Mia only knows that she'll inherit her kickass superpowers on her seventeenth birthday. Helping Mia prepare for her anticipated ascendancy is Loie Bryce, her best friend and eternal sidekick extraordinaire. The girls' intense friendship has never wavered until now, when Andreas arrives in Salcey Ridge. They both fall hard for the British hottie, who quickly becomes a fixture in their lives. When they discover that Andreas is not who he appears to be, the frightening reality of Mia's powers finally hits home. The nearer Mia's birthday draws, the more the danger escalates and long-buried lies are exposed, putting the girls on a path that they never expected.

I enjoyed this novel just as much as I expected to. Loie (rather than Mia like I had thought) is the narrator and Winterborne follows the girls as they try to make sense of recent mysterious occurrences and win the heart of Mia's new neighbour, Andreas. Strange things are happening and not everything is as it seems. Can Loie continue living in Mia's shadow or will she find that she's more special than she thinks? Winterborne throws us into a world filled with odd creatures that we don't often see in paranormal books - dryads, pixies, leprechauns, harpies and more! The novel moves at a great pace, not too quickly but not ever boring. I found the plot to be exciting and it kept me guessing. Since this is a whole new world, all bets are off!

Loie's a character that I liked and sympathised with very much. For one, she's brave and intuitive. It's a shame that her best friend Mia is the golden girl who always takes the spotlight. Being a good friend, Loie easily accepts that Andreas will pick Mia over her without a second thought. It frustrated me to no end that Mia thought the same and not once considered Loie's feelings. Mia isn't a cruel person at all but I wonder how someone can be so selfish and inconsiderate. Andreas is good-looking, kind, caring and very British. I fell in love with him the moment he vaulted over Mia's fence in search for his soccer ball! He seems to lead Loie on a little but since he's just that great, I didn't get mad at all. Throughout the novel, there are moments between the two that will tug on your heartstrings and make you wish you had the power of mind control. If only! All of the characters in this novel keep some sort of a secret and it's fun discovering them all along with the characters.

I enjoyed Winterborne immensely and can't wait for more! There's so much waiting to happen in the sequel - Loie's relationship status, her embarking on epic adventures and dealing with everything else in her life! Who's excited?

Find Augusta Goodreads, Facebook and her website
Buy Winterborne on Amazon and Barnes and Noble
Posted by Lisa at 10:17 PM