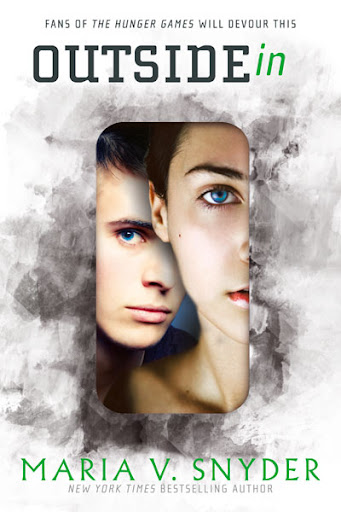 Me? A Leader? Okay, I did prove that there's more to Inside than we knew. That a whole world exists beyond this cube we live in. And finding that led to a major rebellion - between worker scrubs like me and the snobby uppers who rule our world. Make that ruled. Because of me, we're free. I thought that meant I was off the hook, and could go off on my own again - while still touching base with Riley, of course. He's the one upper I think I can trust. But then we learned that there's outside and then there is Outside. And something from Outside wants In.
After the cliffhanger from the first book, what could Snyder possibly write to shock us? In the sequel to Inside Out, Trella and the Force of Sheep find themselves trying to govern Inside. She hopes that things will now be peaceful so that she can finally be able to spend some quality time with her hunk, Riley. Who knew it would be so difficult? The Uppers refuse to work below, and the Scrubs rebel because the Uppers "sit around and do nothing". As a result of still existing prejudices, the society is simply one big cluster of misunderstandings and frustration. Trella doesn't voice her valuable opinions to the committee because she doubts her abilities and this ultimately leads to disasters of epic proportions. Bombs, death threats, sabotages and betrayals……looks like things aren't so cosy in Inside.

I found Outside In to be very enjoyable. Like the previous novel, there is a lot of focus on the plot, which is exciting and completely unpredictable. Our theories about what will happen are overthrown and squished many many times. Just when you think you've got it figured out, Snyder throws a curve ball and sends you in a completely different direction. I must say, this novel will break your Frustration Meter...most likely within the first few chapters. Perhaps you'll break your television or kick your neighbour? Yes, it's that bad. I absolutely love this author and what she can do with her characters. She lets us experience many strong emotions and is able to create a complex web of stories within a short amount of time.

Trella is still a fantastic protagonist. While things aren't going the way she had hoped, she still remains strong, determined, brave and proactive, taking the lead in trying to find a solution and somehow retaining her wittiness amidst the crazy. In her mission to save everyone from the Outsiders, Trella does act a little recklessly but it only further shows how she's good-hearted and selfless.
The romance between Trella and Riley was sweet, as always, though their relationship did hit the rocks for a short period of time. It was heartbreaking and totally irrational to be worrying about something so trivial during such dire times, but that's what Maria's writing does to you. *sighs* There were a few sexy scenes in this book (can I get some cheers for shower and couch gropes?) and let's just say that they can most definitely be reread many times over. *fans self*

These Outsiders are not aliens, if that's what you're thinking, but I still found them terrifying. A lot of tension and fear surrounds the Outsiders' scenes and the action is always intense. I found myself flipping through the pages at a lightning speed, racing to find out the conclusion. The ending was so satisfying, but I will not give up hope for a third book! I will hunt down Maria to get some more because after this difficult journey, Triley deserve some couple time.

If you enjoy drama, mystery, action and romance then this book's for you! There is a lot of focus on relationships - old and new - but it doesn't bog down the rest of the novel. You'll be on the edge of your seat and pulling out your hair, trying to figure it all out! Maria Synder is a brilliant author who engages readers for the entirety of her books and never fails to keep us on our toes. I loved her insanely detailed writing and cannot wait to read her other series! They sound brilliant and I'm sure I'll love them just as much as I loved this ;)

Find Maria on Goodreads, Facebook, her website and blog.
Buy Outside In on Amazon, The Book Depository, Barnes and Noble and Borders.