Don't you just love admiring covers, whether they're sitting on a shelf or hiding behind your computer screen? Below are some recent finds of mine that also happen to have gorgeous covers! 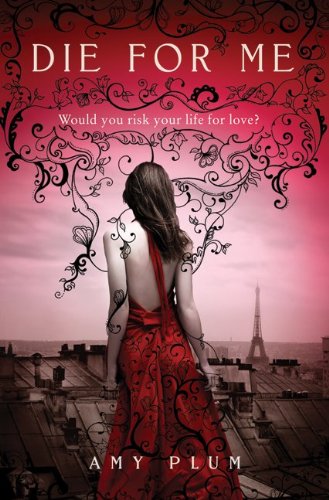 Die For Me by Amy Plum
DIE FOR ME is the first of three books about Kate, a sixteen-year-old American who moves to Paris after the death of her parents. It introduces a new version of the undead with revenants, beings who are fated to sacrifice themselves over and over again to save others’ lives. Kate finds herself falling for Vincent, who she discovers is not the typical French teenager he appears: he is something else entirely.
Expected publication: May 10th 2011

Winter's Shadow by M.J. Hearle
Blake Duchamp...
He's all that Winter Adams can think of. Ever since their fateful meeting at Pilgrim's Lament. Ever since he looked at her with those emerald eyes. Ever since he saved her life.
But Blake isn't all that he seems. There is a strangeness about him, something dark and otherworldly. Something dangerous. In his attic is a secret he would kill to defend, but Winter seems to have a special ability to make him forget his duty. And he is her only protection against the gathering darkness. The only problem is, to protect Winter, Blake must risk exposing her to an even greater danger. Himself.
Expected publication: June 1st 2011

Betrayal by Mayandree Michel
At seventeen, Cordelia is an ordinary teen with an extraordinary and frightening secret. A secret that induces vivid dreams which she not only experiences true love, but crippling fear while barely escaping with her life each night.
After a life altering event, Cordelia has an unexpected encounter with Evan, the mysterious boy from her dreams, who reveals who and what she is – a descendant of the Greek gods. At that moment everything she knows of her world is a lie, and she must leave the present and go into the past to assume the role she was put on this earth for – safeguarding her ancient empire amidst evil forces that toil hastily to destroy it.
In a race against time, Cordelia must decide if she is truly a part of this dangerous world, or risk defying the gods, and ultimately lose the boy who has put a claim on her heart.
Expected publication: April 1st 2011
~~x-x-x~~
Very excited that these are all coming out soon! Are you? What other great covers have you found recently?